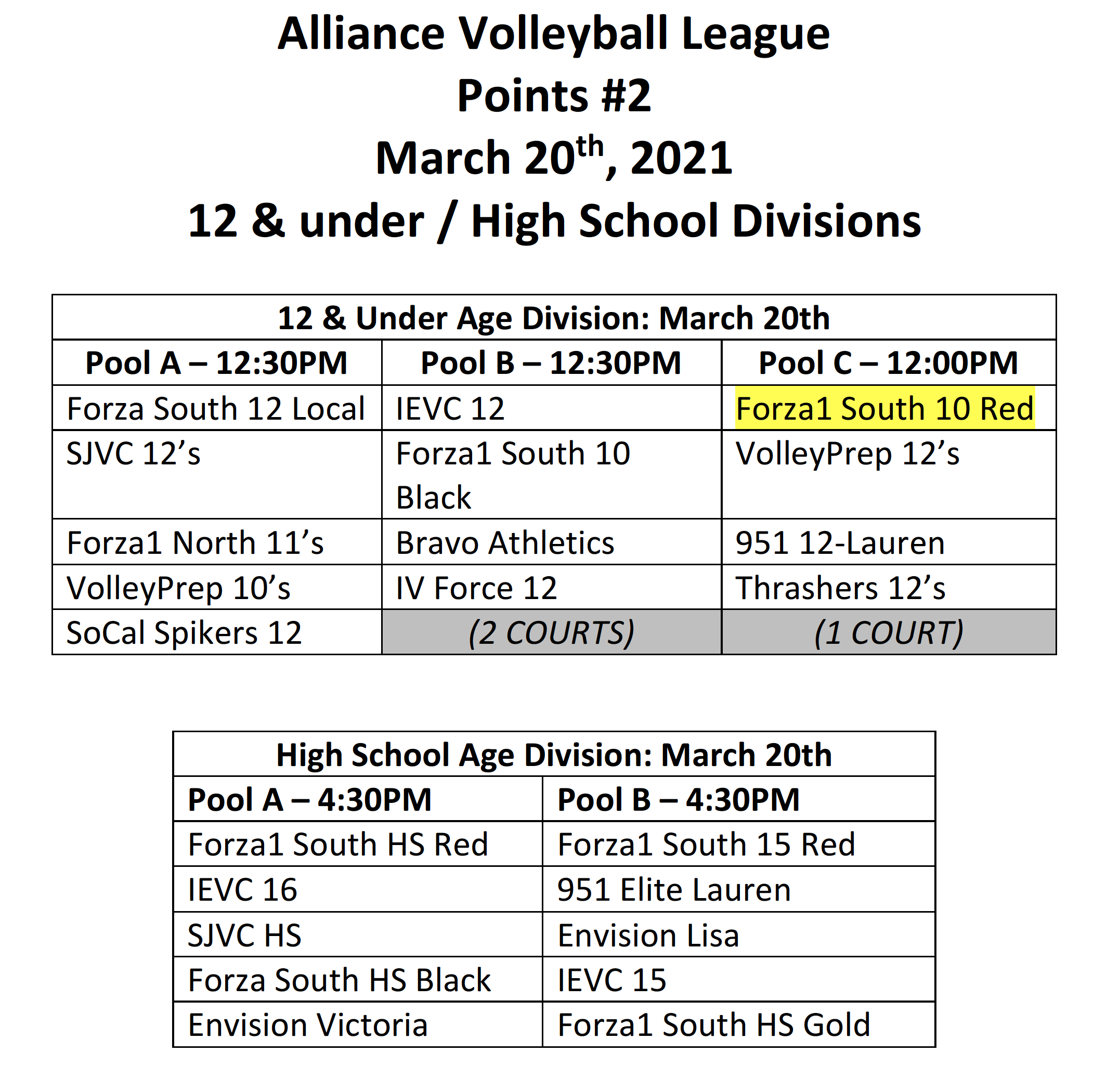 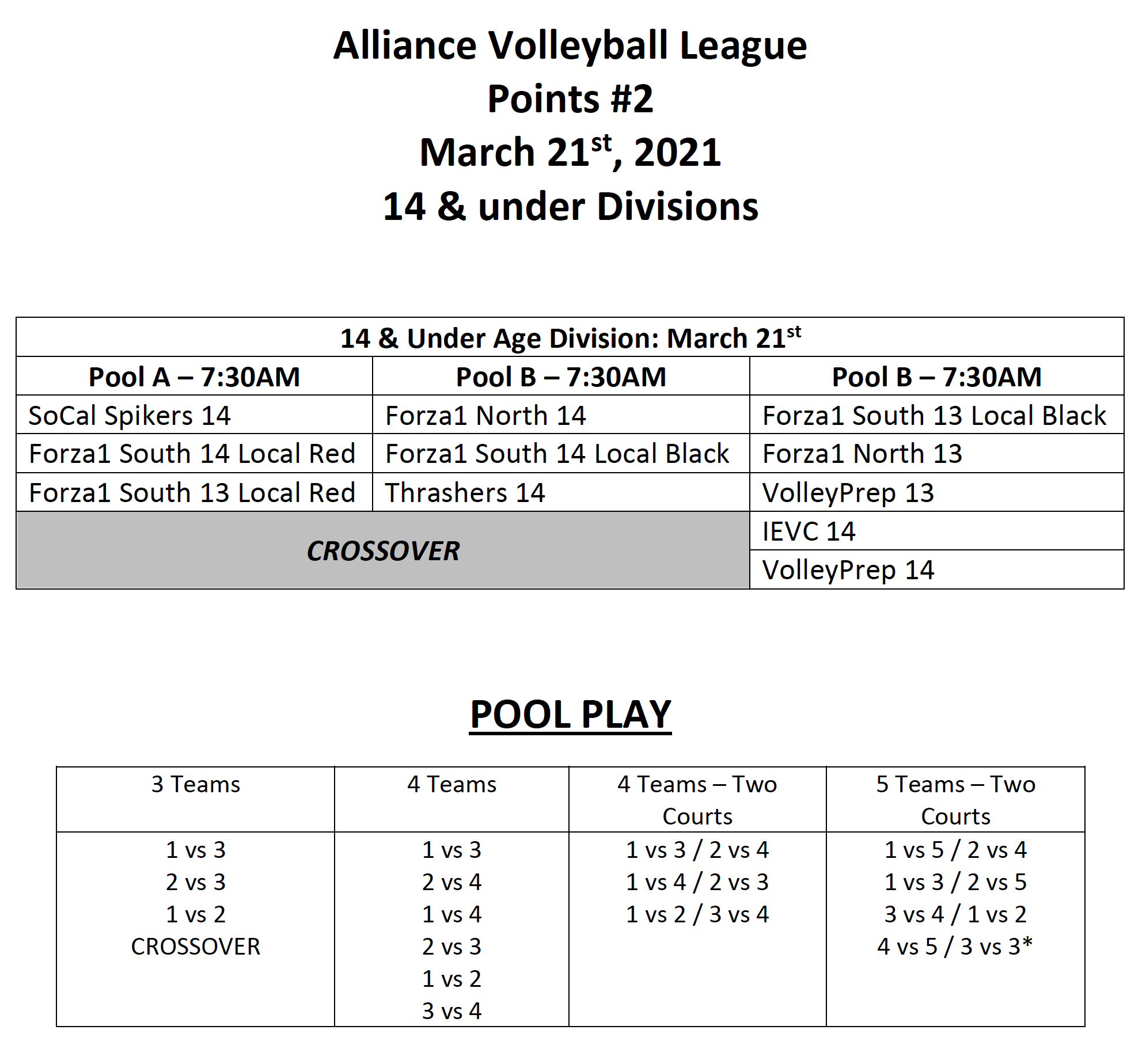 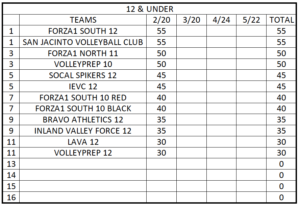 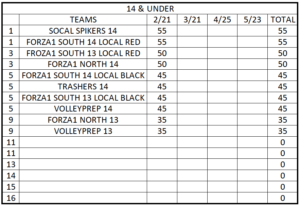 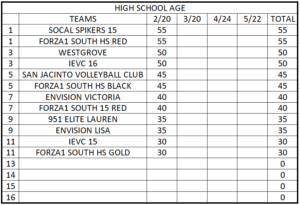 The Alliance Volleyball League is excited to start the season by kicking off the first tournament weekend on January 23rd & 24th. I wanted to take the time to send out a reminder email to ensure that you register your teams so I can get the pools established as soon as possible.

As many of you are accustomed to is the new way, we currently play volleyball. The current site we host is no different. I wanted to be able to send the information out of how the tournament will be run and how spectators will be able to watch.

Teams: All teams will be temperature checked prior to entry. During play, teams will stay on the same side during the entire match. While off, teams are asked to exit to limit the amount of people in the gym. Teams will not ref. At all times in the facility, coaching staff and players must wear mask.

Spectators: Unfortunately, we are not permitted to have all spectators in the facility. Forza1 North Volleyball Club is a facility that has roll doors that will be open to allow spectators to view the game. I ask that if your team is not playing, you provide the limited space to the spectators that are currently watching their teams. To help with more viewing, we will allow one (1) parent per team to stream the games. Again, I ask that if your team is not currently playing, please exit the facility. The spectator that will be streaming will need to have their temperature taken

Pool Play: As stated above, teams will not switch sides during game play. I am setting up the tournament in such a way to make play to move quickly and limit exposure. With this format, pools may start in a staggering setup. There will be a guarantee of at least 2 matches for the tournament with no more than 4 matches’ total.

I thank you for your understanding of the rules of the facility and Alliance Volleyball League. AVL takes pride that we are able to allow these local teams and players an outlet to currently play to keep their love of volleyball strong. I look forward to seeing you at the tournament. If you have any questions or concerns, please feel free to contact me. Also, if you have not done so, please ensure you register and pay for your team(s) at: https://forza1north.leagueapps.com/tournaments/1893937-2021-alliance-volleyball-league 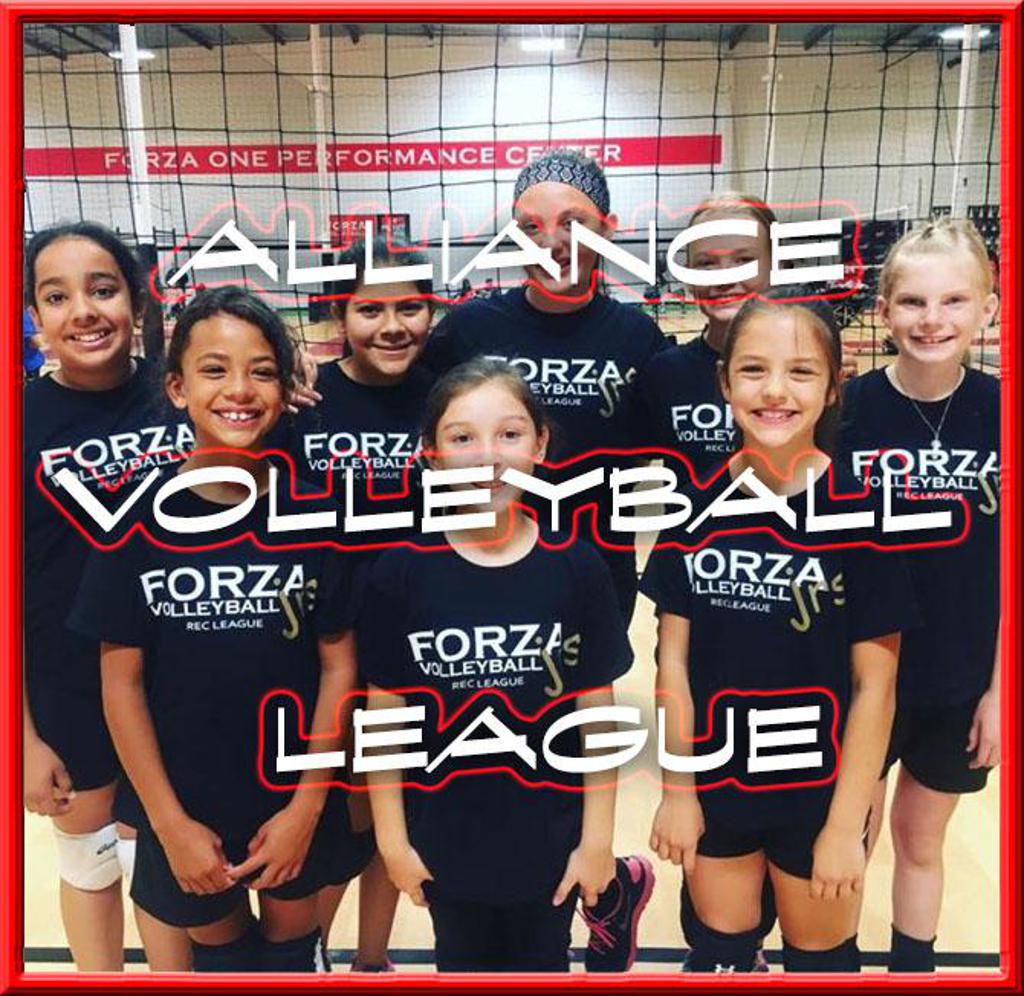